Summer sends her characters off on a vacation, away from the sweets shop in Calgon owned by Missy and her husband, detective Chas Beckett to upstate New York. With their close friends, they open up their world to them, a side of the family that most don’t see and that Chas has tried to remove himself from, a life of luxury and over obsessive wealth were money and fast cars are the norm.

Upon arriving, the Becketts, their Marine friend Spencer, and couple friend Kel and Echo 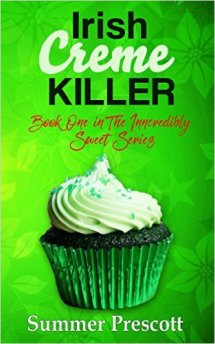 take in the grandeur that was the life of Chas at one time. They meet his siblings who embraced the life of leisure and luxury instead of having working class jobs. We find out that even though he was far from his father during his (father) illness, Chas made the trip to see his father when his siblings who lived close did not. This endured me as a reader to the character of Chas.

After showing off the car collection his father left to him, letting his friends drive their choice of the pricey vehicles and Kel nearly having a fatal crash (oh those guys and their cars), they decide to enter into an upcoming car race. Meanwhile, the ladies get chatted up by one of Chas’s former childhood tennis acquaintances, Muffy. She seems mysterious since she was eavesdropping.

A horrible accident occurs on race day that is pinned on Chas due to a past squabble with the now deceased judge. Someone starts planting evidence and tries a little too hard to frame him for the murder and a detective Wallace is all over Chas with questions and an unhealthy hate. Luckily, being a detective and having friends who have your back (even in secret) always helps. And…what exactly is Spencer up to anyway with all that sneaking around?

This was an easy read; quick and witty with a weaving of several plots going at once to keep you interest held. The language between the couples is as sweet as the treats Missy makes back in Calgon; lots of gooey goodness. So, you have to love a book with “cuddle wording” as I call it. I was able to understand the characters for the most part not having read the past books, but it would help knowing their background if you have time to go back and play catch-up. These are lovely characters that I look forward to following! 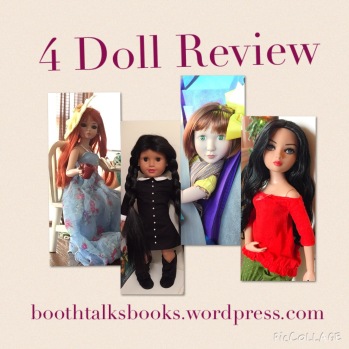